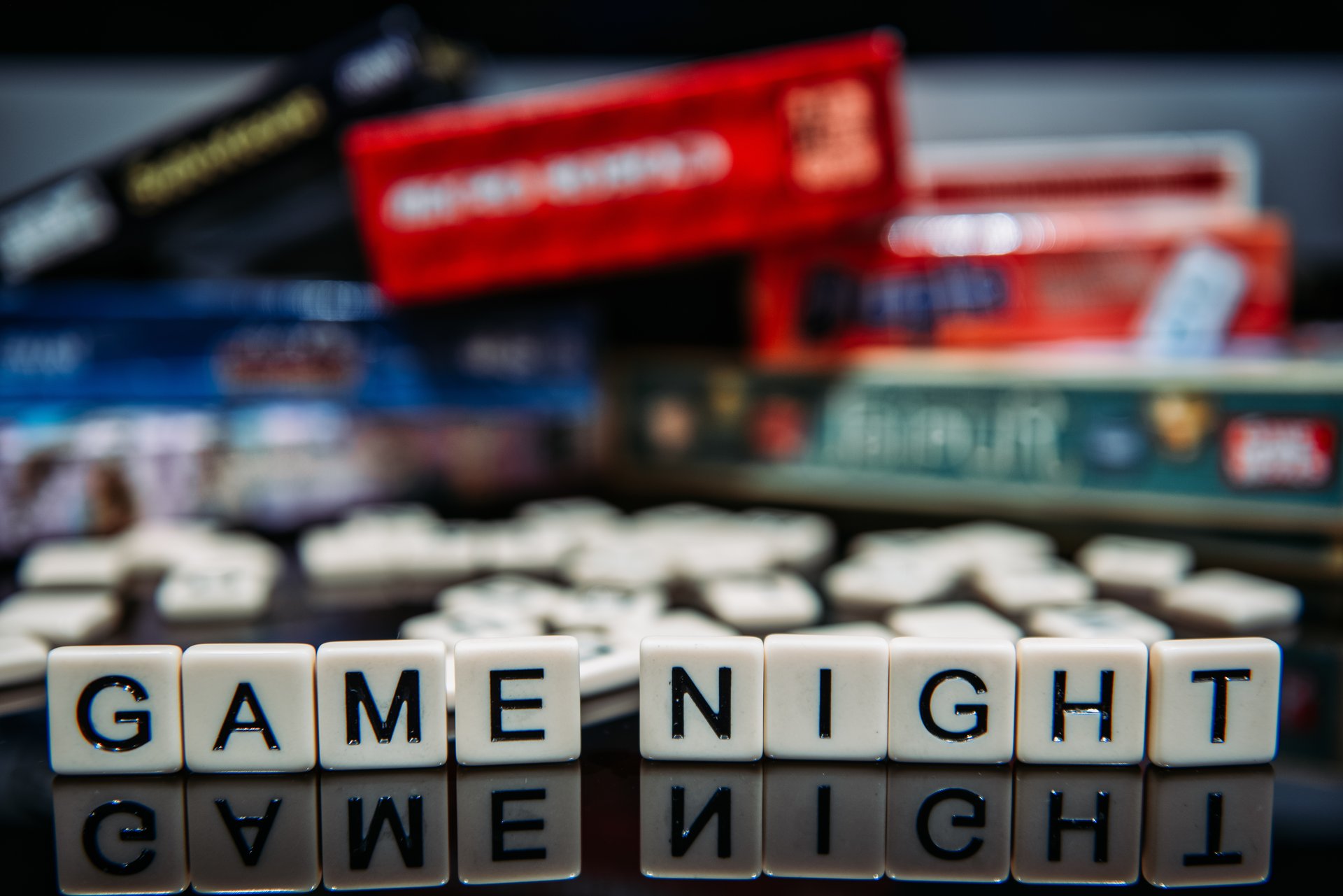 5 Free Ways to Play Games with Your Friends

On Monday April 6th Indiana Governor Eric J. Holcomb extended the order requiring Hoosiers to remain in their homes except when they are at work or for permitted activities, such as taking care of others, obtaining necessary supplies, and for health and safety. This new announcement on Indiana’s COVID-19 Outbreak Response came just 24 hours before Governor Holcomb’s first order was set to end and will extend the Stay at Home order until Monday, April 20, at 11:59 p.m. ET. Unfortunately, the governor's office has also warned that just like the previous one, this new order could be extended if the outbreak warrants it. So, with no true end in sight, it looks like we all might have to get a little more creative with how we pass the time. If you have been keeping up with our blog posts then you might recall our post about 9 Office Movies to Watch When Quarantined at Home.

Although movies are a great way to stay entertained for hours at a time, nothing beats playing games with your family and friends. This can pose quite a challenge while practicing social distancing, although it is still easy to call or text, you cannot really play games over text. Or can you? In today’s blog post we will be sharing “5 Free Ways to Play with Your Friends” all while staying safe at home and keeping your social distance! Now for you hardcore gamers out there, you might argue that playing on a console or computer is the only true way to play with your friends, but I would disagree. Especially if the people you are trying to play are not that tech-savvy. Thus, in the spirit of being to play with everyone, the games we have listed below can be played on a computer or smartphone, and most importantly they are all free to play! 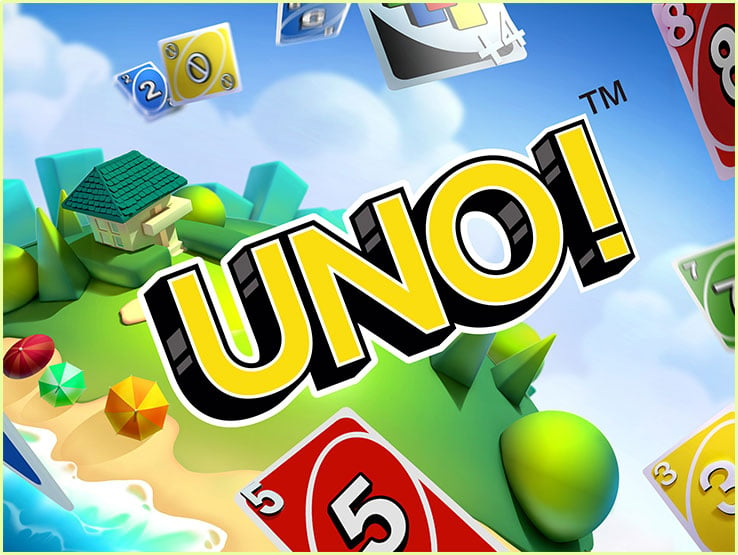 What better way to start off then with the “The World’s #1 Card Game?” Yes, the first way to play with your friends and family is a game that we all have probably played a few times before, that game is the classic game of Uno. Created by the development studio Mattel163 Limited the Uno App is available for download on both the Apple App Store and the Google Play Store. Depending on your family’s rules, this version may differ from how you usually play. The most controversial “House Rule” for the Uno App is that +2 and +4 Cards can be stacked. In other words, if someone plays a +2 Card to you and you have one in your hand, you are able to play said +2 card and avoid having to draw. This was always the center of a heated debate at my family gatherings, but it is nice to see that Uno has made it an official rule. Another cool feature of the game is that you can still call “Uno” on players who forget to say “Uno” before placing down their second to last card. With multiple game modes including Classic and 2 vs 2, you’ll have plenty of fun playing against or even with your friends and family!

For this next game you will need to download the Snapchat App on either the Apple App Store or the Google Play Store before you can start playing. If you already have Snapchat downloaded on your smartphone then you can access Bitmoji Party by clicking the rocket ship icon

when you’re in the Chat section. Bitmoji Party is only one of the available games on Snapchat but we choose it as it is the best way to face off against up to 7 of your friends all at once. Sticking true to its name, the party consists of a leaderboard style competition across a multitude of mini games that players play to score coins. Whoever ends the party with the most coins is crowned the champion! Reminiscent of the old Mario Party games, Bitmoji Party does a great job of combining social competition with addicting mini games. If you do not have enough friends, do not fret as the game will automatically pair you with other global players as a way to keep the good times rolling.

For those of you who have been using video chatting services like Zoom or Skype to get some face time with the ones you miss the most, or have meetings with your coworkers, allow me to introduce you to another video messaging app called House Party. It was first released in 2016 as a video chatting service that adds extra features like games and quizzes. Something that set it apart from its competitors but thanks to the COVID-19 Outbreak, this app has seen a massive increase in users. With four different games to choose from, you and your friends will have no problem continuing the weekly game night. The games that House Party offers are as follows: Heads Up, Trivia, Chips and Guac (Similar to the card game Apples to Apples), and Quick Draw. What we like the most about House Party is that it is available for download on iOS, Android, macOS, and Google Chrome!

A sequel to Words with Friends, this new app developed by Zynga adds on to the fun of the classic Scrabble-esk word game with new modes like Lightning Duels, a faster paced version of the classic head-to-head matchup. Available for download on both the Apple App Store and the Google Play Store, Words with Friends 2 is the perfect multiplayer game for your more brainy colleagues. However, you can also play the game on the Facebook Messenger App as well. Our favorite feature that separates this game from the others on our list, is the face that your friends do not have to be online at the same time as you in order to play against each other. The turn style classic gameplay allows you to send your move to your opponent at your own pace, and even plan your next move as you wait for your friend to finish his/her turn. Although it is a simple concept, the game is highly addictive. So much so, that Alec Baldwin once supposedly got kicked off an American Airlines flight because he would not stop playing it! 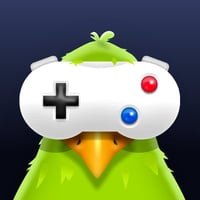 Although these two are different services they share a lot in common. Yes, whether you have an iPhone, Android, Samsung Galaxy, or even a Google Pixel, odds are you would appreciate the ability to challenge your friends in some head to head gaming. Well you are in luck because GamePigeon, an extension for iMessage allows you to do just that. Just like Words with Friends 2, GamePigeon’s mini-games are all turned based, allowing you to play against your friends whether they are online or not. Depending on your mood, you can challenge your contacts to games like; 8-Ball Pool, Poker, Sea Battle, Anagrams, and Gomoku. Plus, as of December 2017, you are able to play some of these games plus a few more on Facebook Messenger. While on the Messenger App, you can find the 'Games' button down near the camera button on both iOS and Android. This is what separates Messenger from GamePigeon as GamePigeon is traditionally only available on the Apple App Store. However some third party apps can allow you to use the extension on Android. Regardless of which service you use, they both have 8-Ball Pool and that is by far our favorite game to play.

I hope you enjoyed the list, are there any apps that you think I should have mentioned? As I mentioned in the beginning of this post, we all may be confined to our houses for a little bit longer than originally expected. So, let me know in the comments below which of your favorite free to play multiplayer games should have been on the list? You can also visit our blog page to read some other helpful articles on keeping you safe, protective, and most importantly entertained during your time at home. Feel like doing some work in between your game playing? You can check out ICC’s vast inventory of office supplies and business products to help you find all your office needs in one place.